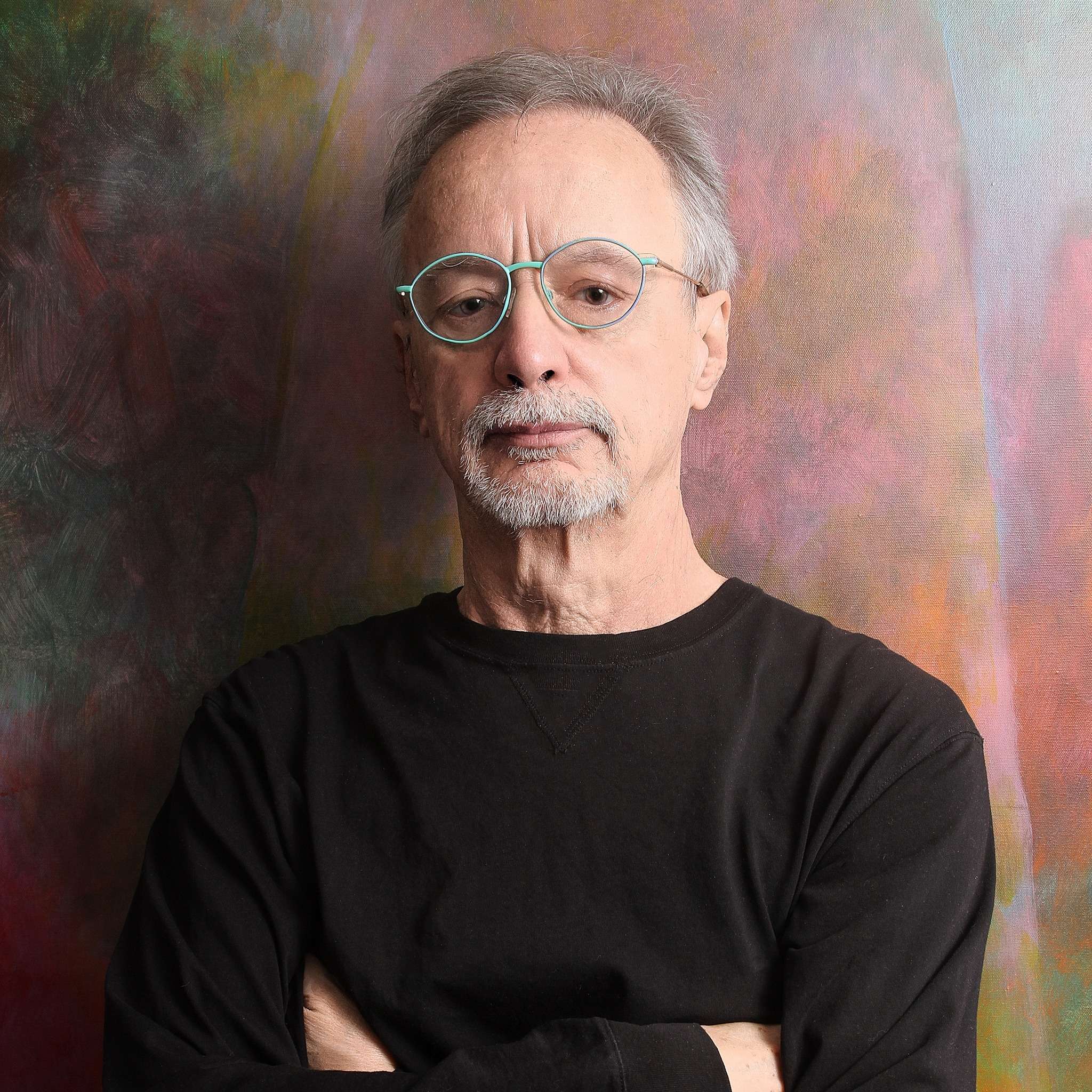 The stars aligned to open gateways for John Sandbach as a young man in the `60s, sparking his imagination and introducing him to a plethora of simpatico arenas. His work within these arenas has shaped him into a colorful multi-hyphenate of astrology-based arts and sciences. With 2022 marking his 56th anniversary as a studier of the stars, Sandbach is a highly respected astrology researcher, a haiku poet with several published collections, a short story author, a novelist of three densely detailed science fiction books, and an educator…among other skills. A humble compassionate man with empathy and understanding of the inner workings of humankind, Sandbach endeavors to reveal people to themselves – reintroducing them to what makes them special, valuable, and deserving of a great life.

“My purpose is to assist people in understanding themselves and who they are,” John states. “The forces that are working on them and how they can use what they have to get where they’re going in terms of their spiritual evolution.”

The son of a policeman father and a housewife mother,” John Sandbach was born in San Francisco, moving to Kansas City, Missouri at age 2. As an outsider with a small group of like-friends, John journeyed inward and developed several passions beginning with astrology. At 16, he decided to learn how to draw up a chart. Without the aid of computers in his day, he searched under every rock for kernels of information and pieced them together. By 18, he did his first paid reading.

“My friend Dana knew someone that wanted me to do a reading,” he reflects. “I did the best I could and the woman was very happy with it. She gave me $15 and told other friends. My first clients were some of the wealthiest people of Kansas City. I was working in a primitive framework then…going into books for interpretations of their charts then synthesizing the information and putting it in my words. Initially, I was self-taught, then a woman named Joyce Price took me under her wing. An astrology organization later formed in Kansas City and I also learned some things from a highly spiritual Black man involved in voodoo. My astrology education was extremely haphazard. I would wake up, take a bath and read astrology books in the tub, over and over again, ingraining them into my head. Astrology has been my full-time occupation since 1966. To date, I’ve written 10,000 pages worth of astrological analyses…over two and a half million words.”

Sandbach’s most significant contributions to the field include a system of chart interpretation in which the astrologer looks at each one of the 360 degrees of the zodiac through a system of images he named “The Chandra Symbols” (also the name of one of his books).

Over a period of 20 years, Sandbach channeled three more sets of these symbols and coordinated them all into another more massive book – the biggest ever written on “Degree Astrology” – entitled “The Circular Temple” (on Kindle). He also took a more psychological and spiritual approach to a technique of astrology that originated in Germany known as midpoints for his book “Midpoints:  A Kabbalistic Compendium of Meanings for Astrological Midpoints”.  Many astrologers use his work or at least know of it. Noel Tyl, author of many textbooks on astrology, has referred to him as ‘an astrological genius.’

Sandbach has always been fascinated with the form of Japanese poetry known as haiku. When he happened upon a bilingual book, Sandbach discovered the work of Ban’ya Natsuishi, a writer who also published an international journal of haiku called “Ginyu”. Sandbach contacted Natsuishi via the internet and the world-famous poet agreed to publish some of his poems in “Ginyu”. This led to the editor and publisher Kazui Daikoku discovering his work and offering to publish a book of 100 of Sandbach’s haiku entitled “Step Into Sky” (2002). When the book sold out its entire first run, Amazon picked it up to publish a second edition. Sandbach has since self-published further volumes including “Wrinkled Sea”, “Tongue at Home”, “Blue Amnesia”, and “Ceiling at Night”.   He also writes other types of poems which have been collected in his book “Surface Paint”.  All of the above may be found on Kindle.

The writing of short stories led Sandbach to the publication of a book of them called “Histories of Aab” and then to the writing of fantasy novels. He turned a 4,000-word short story into a 40,000-word book then tripled that to present his first epic novel of 120,000 words called “Azoth” (2012). It’s the story of a young girl named Linira who gets lost in a maze and who meets an old female alchemist called Magrena who tells her of having become the apprentice of the alluring alchemist Israak who takes her to a desolate island of ice. Described as “a hallucinatory journey of alchemy, ritual, Kabalah, mysteries and secrets,” the long and winding e-book led to two well-received sequels for lovers of richly detailed fiction: “Zahira” (2013) and “A Painter” (2015).

“When I first wrote Azoth,” Sandbach shares, “I knew it wasn’t for everybody but a good friend told me, ‘That’s one of the strangest books I’ve ever read. There’s nothing like it!’ I’m proud of my novels. I’d like to see them in hardback and paperback editions.”

With seemingly no limit to his interests, John Sandbach also paints, sculpts in porcelain, and teaches several techniques of massage therapy including Acupressure, Reiki, gem and mineral therapy, and reflexology.

Born under the sign of Taurus (May 19, 1948), John has also learned much about himself in his travels.

“When I started in astrology back in the `60s,” he says, “people wanted to know about career, money, relationships and health and they still do.  But now there’s more of a drift toward people realizing that the more they get to know their inner world and work with it in a positive and life-supporting way the more they will heal emotionally and come into their own power. I’m also finding that people are less concerned with challenging me on whether astrology is valid or not and more concerned with positive ways in which it can help them. Each of us has within us a spiritual spark that is the source of our love, joy and harmony. My life goal is to help people get in touch with that spark, for it is their ultimate teacher and guide.”

“I majored in Art History in college, and have had extensive training in Gestalt therapy. I opted to take Gestalt training to refine my astrology readings and to intensify my ability to relate to clients, so that I could communicate the energies of their chart to them in the most therapeutic way possible.

“Although I no longer prepare written reports for clients, during the time I did I wrote over 10,000 pages of astrological analyses for people – that’s over two and a half million words. With this kind of experience behind me, I have an ability to look deeply into an individual’s chart and to see things which many other astrologers might miss. I am dedicated to excellence in my work. Astrology is both an art and a science, but for me it is primarily an art, and each reading I do is an individual work of art.

“I know many of the most prominent astrologers living today, and am considered by my peers to be a leading practitioner in the astrological field. The astrologer Noel Tyl, author of many textbooks on astrology has referred to me as ‘an astrological genius.’

“Currently I write an astrology column for ‘The Edge,’ a Midwestern metaphysical newspaper.”

“As well as being an astrologer, I also paint, sculpt in porcelain, and write poetry. For several years I have specialized in writing haiku, a short poem of Japanese origin. My haiku have been published in the Japanese haiku journal “Ginyu,” published by Banya Natsuishi, one of Japan’s leading haiku poets. Natuishi has praised my work very highly. In 2002 “Step Into Sky,” a book of 100 of my haiku was published by Happa-no-kofu press in Tokyo Japan, with an introduction by Natsuishi. I have also self-published a book of 120 of my haiku, called “Wrinkled Sea,” and am currently in the process of publishing a book of 858 haiku called “Tongue at Home.”

I also teach Chinese somatic therapy techniques at Massage Therapy Training Institute in Kansas City, as well as classes in Reiki (a Japanese form of energy healing), gem and mineral therapy, and reflexology.”